Intralipid Therapy is a process of administering intralipids, or fatty acid derived from soy, to a hopeful mother to increase the chances of successful embryo implantation and reduce the risk of miscarriage. It works by reducing the body's toxic white blood cell activity and combatting the effects of some autoimmune disorders on this process. Dr. Michael Vermesh explains that he has had great success with this method, which is safer and more affordable than IVIG therapy.

Four years ago, a patient stepped into my office after eight failures of IVF, including some early miscarriages. She was out of solutions, so were the doctors. So was I, initially. Then I tried intralipids intravenously and inserted one of her frozen embryos, and she conceived and had a healthy baby. She returned two years later, we repeated the same process, we returned one embryo with intralipids and she had a second healthy baby. I was intrigued. I tried this intralipid on 150 other women who had a similar history, not as extreme as her, but a similar history of failure or miscarriages. And a great majority of these women were successful in getting pregnant and delivering. When a pregnancy occurs, the embryo may be, or should be, perceived by the body as a foreign body because half of the embryo does not belong to the woman. It belongs to the male partner. Yet the body finds a way to avoid attacking a foreign body in the form of an embryo. That is because a natural killer cell activity, which typically will reject foreign bodies, is reduced during early pregnancy. In cases where the natural killer cell activity is not only not reduced, but actually is over-activated, the pregnancy may be lost either before implantation, and therefore there's no pregnancy, or after implantation, resulting in miscarriage. Intralipids, by reducing the natural killer cell activity, or encase cell activity, will, in many cases, prevent that rejection of the embryo. And the result is a successful pregnancy. Intralipids is an interesting compound. It is completely organic, it has no chemicals, it's essentially soy, soybean, or fatty acids from soybeans, nothing more. In that respect, it has no downside, it has no side-effects, we've had no complaints from any of our patients who subsequently conceived. So it's a safe product. It replaces the intravenous immunoglobulin, or IVIG, which was previously used for the same purpose, for a fraction of the cost. The IVIG was somewhat dangerous. Some women developed an allergic reaction to IVIG. It was very expensive, it was a blood product. So, clearly, intralipids is the way to go, instead of IVIG for recurring pregnancy loss and for IVF failure. It's important to emphasize that all workups should be performed prior to administering this product because there could be other reasons for reproductive failure. It does not have to be immunological, it could be uterine septum, it could be embryonic issues, but after a complete workup, if the cause is either not determined or determined to be immunological, intralipids may just be the way to go. I highly recommend it. We are very proud of the Center for Fertility and Gynecology to be among the first in the world to employ intralipids for treatment of reproductive failure and recurrent pregnancy loss. Chinese Transcripts: 四年前，一名患者遭遇了八次试管受精 (IVF) 失败（包括几次早期流产）后走进我的办公室。她对解决方案失望了，对医生也失望了。起初我也穷途末路。之后，我尝试了静脉内注射脂肪乳剂，并植入她的一个冷冻胚胎。之后她怀孕了，最终生了一个健康的宝宝。两年后，她又回来再次做了同样的手术。我们使用脂肪乳剂植入一个胚胎，然后她有了第二个健康的宝宝。这激发了我的兴趣。我对具有类似病史，并没有这种极端情况，但遇到过类似失败或流产的其他 150 名妇女尝试使用过脂肪乳剂。大多数妇女成功怀孕和生育。 当怀孕时，胚胎可能或应该会被身体感知为异物，因为一半胚胎不属于怀孕的妇女。它属于男性伴侣。但是身体找到了一种避免攻击胚胎形式异物的方法。这是因为通常会排斥异物的自然杀伤细胞活性在怀孕初期减少。 如果自然杀伤细胞活性不仅没有减少，而且实际上过度活化，胚胎可能在植入前丧失，因此并没有怀孕，或者在植入后导致流产。脂肪乳剂通过降低自然杀伤细胞活性或包裹细胞活性，在许多情况下防止胚胎排斥。结果就会成功怀孕。脂肪乳剂是一种有趣的化合物。 它是完全有机的，不含化学品，本质上是大豆、黄豆或来自黄豆的脂肪酸，没有任何其他物质。就此而言，它没有缺点，没有副作用。我们未曾收到来自任何已怀孕患者的投诉。所以它是安全的产品。它取代了以前用于相同目的的静脉内注射免疫球蛋白 (IVIG)，大大降低了成本。 IVIG 存在一定的危险性。有些妇女对 IVIG 会产生过敏反应。而且它非常昂贵，是一种血液制品。所以，脂肪乳剂显然是替代 IVIG 的最佳方法，因为IVIG 会引发复发性流产并且会导致体外受精失败。必须强调的是，在使用该产品前应实施所有诊断检查，因为可能存在导致不孕不育的其他原因。 有些原因可能不一定是免疫问题，有可能是子宫隔膜，可能是胚胎问题，但是在实施全面诊断检查后，如果未确定原因或确定是免疫问题，脂肪乳剂则可以是有效的解决方案。我强烈推荐该产品。我们为生育和妇科中心成为世界上第一个使用脂肪乳剂治疗不孕不育和复发性流产的机构而感到无比自豪。

Why The Center For Fertility? 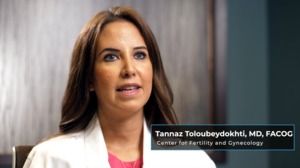 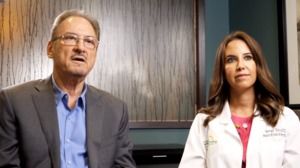 About The Center for Fertility and Gynecology 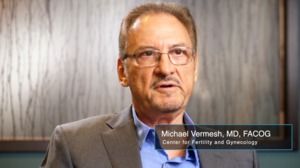 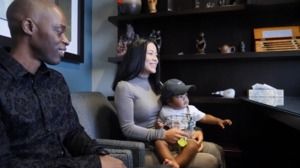 We Can Help Build Your Family 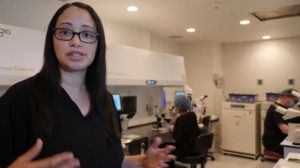 Take A Tour of Our Facility 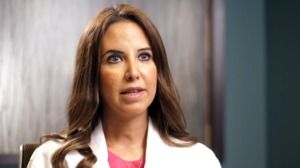 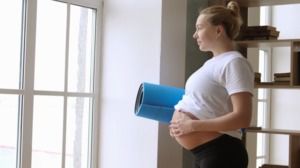 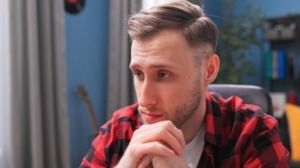 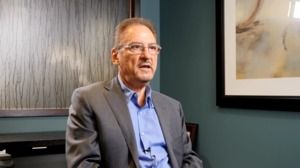 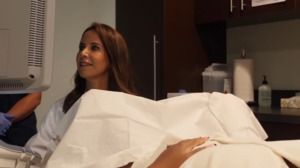 We Can Help PCOS Patients 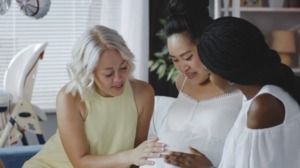 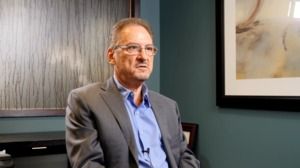 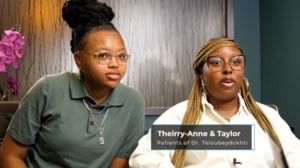 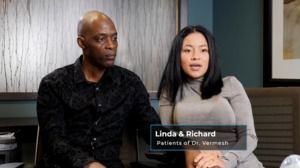 "We are repeat customers"

The Center for Fertility and Gynecology - Los Angeles 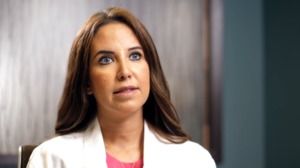 Our Staff Is Fluent in Farsi