Using IVF to Conceive after Tubal Ligation By on August 15, 2014 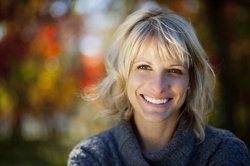 As important as it is to engage in long-term family planning, sometimes even the most decisive plans change. Unforeseen changes in relationships, life events, and personal desires are surprisingly common, and may force someone to reevaluate a past decision. Both female and male sterilization are considered permanent methods of birth control, and in some cases they may even be non-reversible, but that doesn’t mean pregnancy is out of the question. Women who wish to become pregnant after tubal ligation can often still do so through in vitro fertilization (IVF).

With IVF, you can have a normal pregnancy without any additional surgeries or the need to reconnect your fallopian tubes. For the right candidates, IVF is a safe and potentially very rewarding procedure that allows women to give birth when traditional methods of conception are no longer an option. Find out the range of benefits that IVF can provide even after tubal ligation, as offered at our Long Angeles fertility center.

The Benefits of IVF vs. Tube Reversal

If you have had a tubal ligation (commonly known as having one’s tubes tied) but wish to become pregnant in the future, the first solution that may come to mind is to have a reversal. However, reversal surgery is not always the easiest or most effective option. Consider the following benefits of IVF as opposed to surgery:

If you wish to become pregnant but have already had your tubes tied, you are most likely a good candidate for IVF. Still, certain factors make some patients especially better suited for IVF over reversal surgery. For instance, IVF ensures that you will only become pregnant when you actively want to. After a successful pregnancy from IVF, you do not have to worry about any future unintended pregnancies, as your ligation will still be intact. This makes IVF a good option for couples who only want one more pregnancy.

Another reason that couples may be good candidates for IVF is if the man has poor fertility. Low sperm counts, low sperm motility, and similar problems are far more easily rectified by using IVF than relying on natural means of conception, since the egg is fertilized manually with healthy sperm.

Older women are also better candidates for IVF than tubal reversal. Aside from the safety benefits of a non-surgical procedure, the increased chances of a successful pregnancy via IVF are especially important as female fertility declines with age. By choosing the healthiest eggs and sperm for fertilization, and using multiple embryos per transfer, the chances of a successful implantation and pregnancy are increased.

The choice to undergo either IVF or a tubal reversal is extremely personal, and patients deserve to make the most informed decisions possible regarding their bodies. If you have had a tubal ligation and are now considering a future pregnancy, meet with one of our fertility experts to discuss your options and chances of success. Contact our office today to arrange your first consultation.