What is Genetic Carrier Screening? By on February 02, 2014 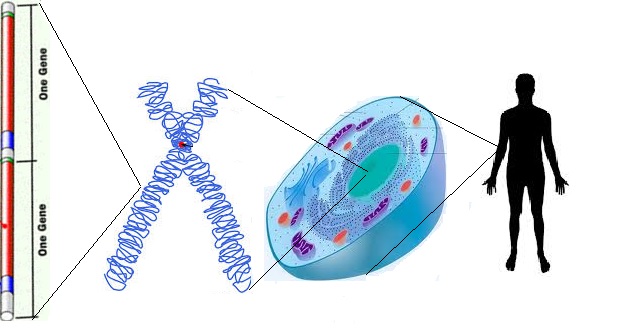 At the Center for Fertility and Gynecology in Los Angeles Ca, we proudly offer our patients a wide range of fertility treatments such as; in vitro fertilization (IVF), intrauterine insemination (IUI) and reproductive surgery (tubal reversal and more).  Regardless of the treatment type, there are some preparatory tests that anyone considering pregnancy should think about.  One of these specific tests is called the genetic carrier screening (GCS).  This blog post will explore what genetic carrier screening is, and who is a good candidate for GCS.

To understand the genetic carrier screening, we need to understand a little about basic genetics.

Each chromosome can be visualized as a thin strand of tissue divided into small segments called genes.  Each gene contains instructions for the creation, maintenance or function of a specific component of a human.  For example, there is a gene called the CFTR on chromosome number 17 that regulates the thickness of mucus in the lungs.  Most people have the same normally functioning gene on both of their chromosomes 17 and therefore, normal mucus in their lungs.  Some people however, have a mutation in both of their CFTR genes and consequently, the mucus in their lungs is dangerously thick.  This scenario is called Cystic Fibrosis and when a disease is inherited in this fashion it is classified as an autosomal recessive disease.

A third scenario is that one CFTR gene is normal while the other is mutated.  Most people have no idea if they carry around one mutated gene because their normal gene is sufficient to prevent symptoms of Cystic Fibrosis.  People with this scenario are called “carriers”.

Because everybody passes one of each of their genes to their offspring, there is a 50% chance that when a carrier reproduces, he or she will pass their mutated gene on to their offspring.  As long as the carrier’s partner is not also a carrier, the child will at worst, only get one mutated gene and be a carrier like their parent.  If however, both parents are carriers, there is a 25% chance that the child will get two mutated genes (one from each parent) and therefore be affected by Cystic fibrosis.

Genetic carrier screening is a blood test to evaluate if a person is a carrier of a disease.  The test is offered to both people who have a family history of an autosomal recessive disease as well as those who do not.  While the test can be performed at any time, for those who are pregnant or are considering getting pregnant, there is special significance.  The tests are offered through several private companies and evaluate between 1 and 110 different autosomal recessive diseases.

If a pregnant patient and her partner are both found to be carriers of the same disease, they should consult with a genetic counselor.  Subsequently, they will have the option to undergo a chorionic villis sampling (CVS) or amniocentesis to see if the pregnancy is affected.  If a couple discovers that they are both carriers of the same autosomal recessive disease before pregnancy, they can consider using IVF with preimplantation genetic diagnosis (PGD) to avoid becoming pregnant with an affected child.

If you have questions about pregnancy, genetics or fertility, please feel free to contact us, we are happy to speak with you.