The Human body is composed of trillions and trillions of cells. 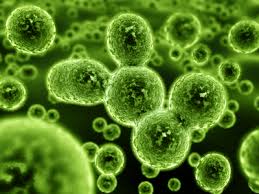 Within almost every cell exists a small capsule called the nucleus. 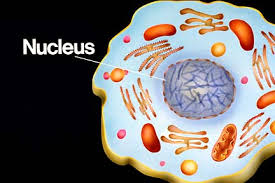 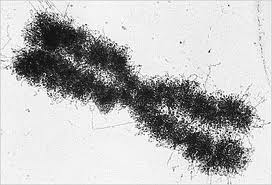 Each chromosome is composed of a long molecule of deoxyribonucleic acid (DNA).  DNA is the ubiquitous, double-helix shaped substance made of sugar, protein and a combination of 4 different nucleotide bases.  Everybody’s DNA is made of the same bases, but the order in which they are arranged determines an individual’s characteristics and features. 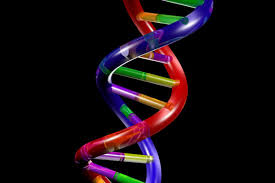 A complete set of DNA is derived half from the egg and half from the sperm. Upon fertilization, an embryo takes these two halves and shuffles them together to create a new complete set of DNA.  This set is then replicated indefinitely for each new cell as an organism grows.   Sometimes, during the replication process, too much or too little DNA is copied.  Such a random chromosomal error shortly after fertilization is usually incompatible with life and one of the most common causes of miscarriage.

Another way that an organism can end up with too much or too little DNA is if the egg or sperm provides the wrong amount.   This is called an inherited chromosomal error and while less common than random chromosomal errors, is an important cause of miscarriage.

Patients with recurrent pregnancy loss should be evaluated for inherited chromosomal errors because if present, they increase the chance that another miscarriage may happen in the future.  To test, blood is taken from both the mother and father and their chromosomes are visualized through a technique called Karyotyping. 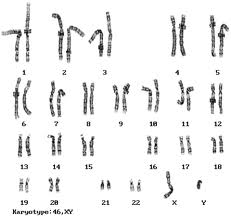 Sometimes, instead of finding the usual complement of 46 chromosomes, an apparently normal person may have only 45 chromosomes, one of which has an extra segment of information.  Alternatively, some people have 46 chromosomes with segments that have exchanged from one chromosome to the other.  The result is that a karyotype will have one fewer chromosome or an abnormally placed segment; however, all the chromosomal information is still present.  For the person carrying this chromosomal translocation, their health is not affected.  The problem arises because the sperm or egg contains half of a person’s chromosomal content.  For people with translocations, the chromosomes cannot be evenly split. Thus, an egg or sperm from a person with a translocation will have too much or too little chromosomal information, leading to an embryo with a higher chance of miscarriage.

Fortunately, not all embryos from a parent with a translocation will be abnormal.   The normal embryos can be determined by performing IVF and PGD to check the chromosomal content.  Embryos determined to be normal can then be placed into the uterus while the abnormal embryos are avoided.

If you have questions about miscarriage or fertility treatments in general, feel free to contact us, we’d be happy to speak with you.