What to check before becoming pregnant By on July 12, 2013 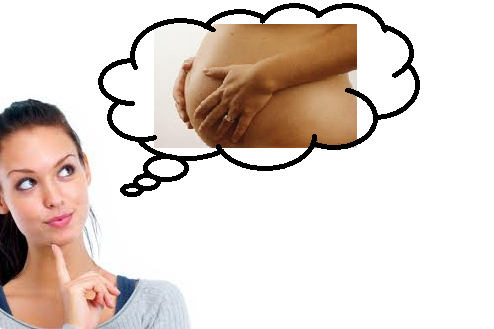 What do I need to check before I get pregnant?

Back in the olden days of our parents and grandparents before IVF, family making was a much simpler prospect.  Most people got married at a younger age, and due to the fact that contraception was either not available or ineffective, delaying childbearing was not an option.  Further, at that time, we understood very little about the risks of reproduction as well as many of the factors which contribute to those risks.

While ignorance can be bliss, our current understanding of embryo development, genetics, endocrinology and immunology provides modern couples with much more control over reproduction than ever before in human history.  With that in mind, there are several tests available to couples prior to conception which provide useable knowledge about having the safest pregnancy possible.  The following is a list of some of the more common tests available prior to initiating fertility treatment.  This list is general and may not apply to everyone:

Immunity to Rubella and Varicella

Most people receive a litany of vaccines throughout childhood.  From Tetanus to Mumps, we all remember those dreadful visits to the pediatrician’s office trying to figure out a way to escape from the nurse with the shot!  Well it turns out that after many years, the immunity to some of those shots can wear off.  Immunity to Rubella specifically, is one of the concerns of fertility doctors.  Rubella infection during pregnancy is known to potentially cause loss or complications.  Further, the vaccine cannot be given to a pregnant woman.  Therefore, Rubella immunity is best tested prior to conception. Immunity to Varicella (chickenpox) similarly, can wear off over time.  Like Rubella, Chickenpox during pregnancy is dangerous and the vaccine cannot be given to a pregnant woman.

The thyroid gland has been called the thermostat of the body.  It is responsible for the rate of metabolic activity everywhere from the intestines to the heart.  During early pregnancy, the fetal thyroid is not functional.  Therefore, the fetus depends completely upon the mother’s thyroid gland for development.  If mom’s thyroid is not working properly, it can lead to problems with the pregnancy.

Hemoglobin is the compound within red blood cells responsible for carrying oxygen throughout the body. Low levels of hemoglobin cause the symptoms associated with anemia.  Because hemoglobin levels can change significantly during pregnancy, it is a good idea to have an idea of baseline hemoglobin levels before getting pregnant.

The blood type (A, B, AB or O) is determined by specific antigens (think of them as little flags) present or absent on the surface of red blood cells.  The blood type is very important if a blood transfusion is ever required.  Furthermore, blood type also includes the Rh factor (present (+) or absent (- )).  If a woman is Rh negative then she will require a specific shot called Rhogam at specific points during her pregnancy and if there is ever any bleeding.

The human body functions based upon a set of very specific and complicated instructions called the genetic code.  The code is “written” upon 46 chromosomes which are present in most cells of the body.  The 46 chromosomes actually consist of 23 pairs of chromosomes which you can think of like a pair of shoes.  Each individual shoe in a pair is similar to the other, but not exactly the same in all respects.

Each chromosome is divided into many small segments called genes, and each gene is responsible for some specific function in the human body.  Each individual chromosome in a pair, harbors the same genes which are normally exact copies of each other. Once in a while, one gene can be different from the other, this is called a mutation.  In most cases, having 1 normal gene and 1 mutant gene has no outward effects upon a person and in fact, most people have no idea if they harbor a mutant gene.  When it comes to reproduction however, a single mutant gene can have a more significant impact.  This is because humans only pass one of their two genes on to their children.  If both parents have one mutant gene there is a 25% chance that they will both pass that same mutant gene on to the child.  In many cases, cystic fibrosis for example, having 2 mutant genes results in the development of disease.

Fortunately, we are able to use a blood test to check a person’s chromosomes and see if they harbor any mutant genes.  If both partners of a couple harbor the same mutation there are several methods, such as PGD, available to avoid having a child with two mutant genes.

If you have questions about any of the above tests or human reproduction in general, don’t hesitate to contact us.