Infertility and Sperm Testing By Michael Vermesh on January 15, 2013 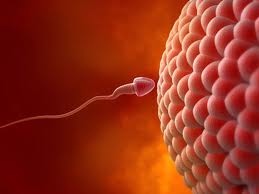 When couples have trouble conceiving after six to 12 months of trying, it may be time to undergo fertility testing. For men, the semen analysis test is performed to determine if low sperm count, poor sperm motility, or any other issues involving the sperm are present. Once we receive the results of the semen analysis, the specialists at our Los Angeles fertility center can formulate a treatment plan that addresses you and your partner's specific infertility problems.

How to Prepare for the Semen Test

Men should avoid any type of sexual activity for two to five days before the semen sample is collected. Prior to this "dry" period, men should regularly ejaculate to produce an ideal sample.

Factors that Can Affect the Results of the Semen Test

There are a number of factors that can affect a man's semen sample, including:

For many of our patients in Los Angeles, IVF treatment is performed to help couples conceive, even if they suffer from sperm issues or unexplained infertility. With IVF, or in vitro fertilization, egg and sperm samples are collected from the male and female. The egg and sperm are then exposed to one another, in a laboratory setting, under ideal fertilization conditions. If an embryo forms and remains viable in the advanced blastocyst phase, the embryo (or embryos) may be transferred to the uterus.  If one or more of the embryos implants, it may result in a successful pregnancy.

To learn more about the semen analysis test and fertility treatments, contact The Center for Fertility and Gynecology.