Infertility can be devastating for families who want children. Fortunately, fertility treatments are becoming more refined, increasing the likelihood of a successful live birth for families who previously faced concerning diagnoses.

Ovulation induction is the first step in most fertility treatments. To begin the process, our doctors will prescribe a medication that encourages you to ovulate and multiple eggs to mature. This allows us to select the healthiest eggs for treatment and store the rest for future care.

Here are three ways undergoing ovulation stimulation at The Center for Fertility and Gynecology in Los Angeles, CA, can help you overcome infertility...

3 Benefits of Incorporating This Step into Your Treatment

Dr. Michael Vermesh and Dr. Tannaz Toloubeydokhti will design a regimen that is completely tailored to your needs. In order to reduce the risk of negative side effects, we carefully screen for pre-existing conditions that could counteract with the medication you receive.

If you do not ovulate regularly on your own, induction may be recommended. It is designed to help multiple eggs mature. This provides our doctors more eggs to harvest during egg retrieval, giving us a broader pool to use during your current or future fertility treatments.

When combined with fertility treatments like IVF and intrauterine insemination, ovulation induction can greatly improve your chances of successfully becoming pregnant and experiencing a live birth. For families who previously believed they could not have children, this result can be positively life-changing.

What Exactly Is Ovulation Induction?

Superovulation, or ovulation induction is the first stage in many fertility treatments including in vitro fertilization, intrauterine insemination, and egg donation. By increasing certain hormones in the body, the treatment triggers ovulation and increases the number of follicles that are available for harvesting.

By providing our doctors multiples to harvest eggs from, this step also increases the likelihood of conception and gives us the ability to select only the healthiest eggs for fertilization.

At the Center for Fertility and Gynecology in Los Angeles, we accomplish ovulation induction through the use of different medications and hormones. Dr. Vermesh and Dr. Toloubeydokhti will perform a thorough evaluation and determine the appropriate dosage and treatment plan for you.

If you have been considering IVF, egg freezing, or another type of fertility treatment and would like to learn more about ovulation induction, reach out to our Los Angeles, CA, office. We can provide the effective, compassionate care you need on your journey to parenthood. Our doctors have been building families since 1987 and are members of various prestigious organizations, including:

We want to help every family achieve their dreams of parenthood, from Tarzana and Bakersfield to international patients. To discuss your needs with our team, request an appointment online or call us:

Send Us a Message

Best doctor in the whole wide world!
All his interest is getting you pregnant the fastest and the safest!

I thank god each and everyday for meeting him and having him make our dream of becoming a family a reality!

We love you doctor V!!! View On Google +

My gratefulness to the greatest doctor and amazing staff I have ever seen. Thanks to Dr. M. Vermesh our dream came true. I have the cutest long awaited baby girl. All the best to you, Doctor!
View On Google +

Are You a Good Candidate for Ovulation Induction?

Conditions like anovulation (absence of ovulation) and oligo-ovulation (irregular ovulation) prevent your ovaries from naturally releasing mature eggs in a regular, predictable cycle.

Many patients come to our Los Angeles office with unexplained fertility issues. Through advanced diagnostic tests, our doctors can determine whether ovulation stimulation is appropriate.

Ovulation Induction Can Be Used with: 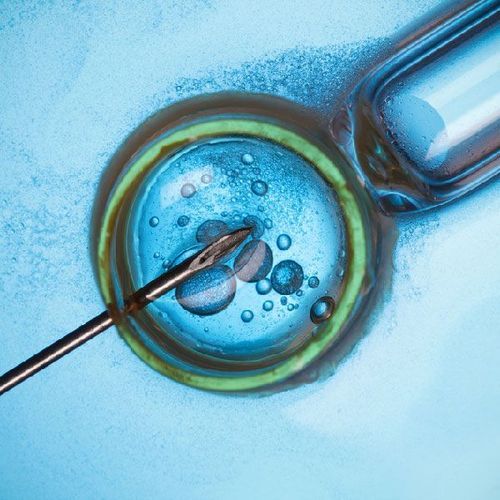 IVF is an assisted reproductive technology (ART) procedure that has shown the highest success rates year after year. Many hopeful parents have experienced the benefits of IVF treatment and achieved their dreams of having children. 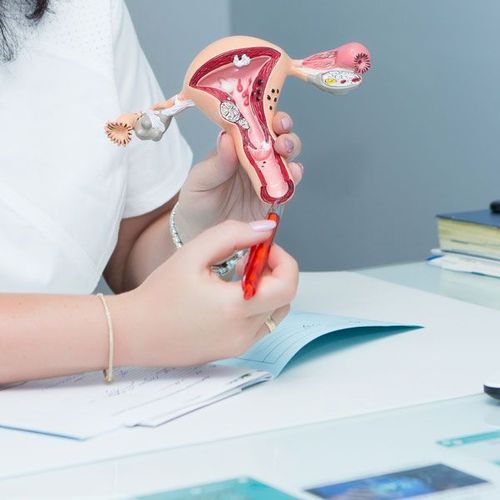 Intrauterine insemination (IUI) is one of the oldest types of fertility treatments. After collecting and processing sperm, we insert it directly into the uterus and bypass the cervix, which is one of the primary hurdles for sperm. 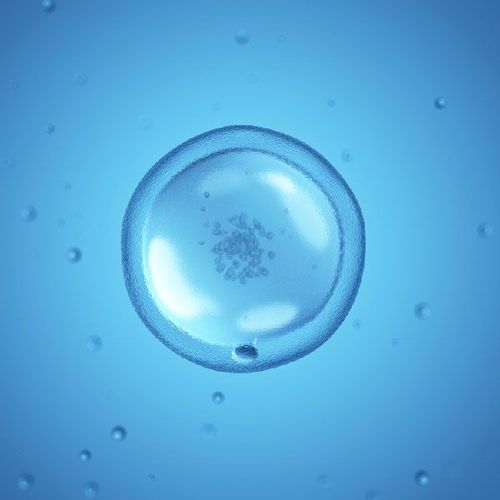 When you select donor eggs for your fertility treatment, the egg donor will also undergo ovulation stimulation to increase the likelihood of conception. 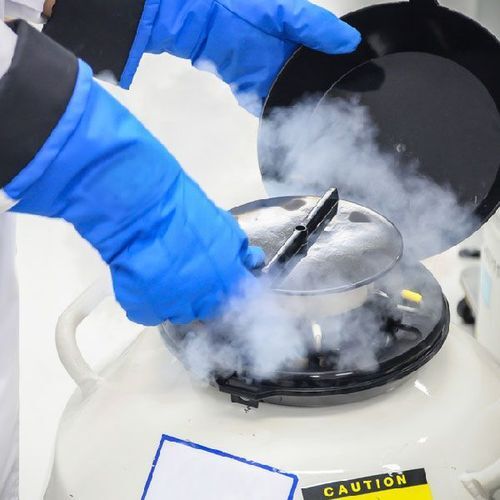 If you want to have children in the future by preserving your eggs while they are at their healthiest stages, egg freezing may be a great option for your needs.

The best way to determine if you are a good candidate for this treatment is to visit our Los Angeles, CA, office for a consultation. During a consultation, we can diagnose underlying issues such as polycystic ovary syndrome that could be preventing you from becoming pregnant and determine whether this treatment can promote regular ovulation and truly increase your chances of getting pregnant. Our doctors see patients from Tarzana, Bakersfield, and surrounding communities, but we can also conduct initial screenings over the phone for our international patients.

Clomiphene citrate is an oral medication that stimulates the ovaries by blocking estrogen receptors. Your body interprets this as having low estrogen levels and compensates by producing more follicle-stimulating hormone (FSH), which causes superovulation.

Human menopausal gonadotropin (hMG) is an injected fertility medication composed of FSH and luteinizing hormone (LH). These hormones naturally induce ovulation, and when taken in greater amounts, can induce superovulation.

FSH can be administered with or without LH to induce ovulation. Some patients only require FSH for ovarian stimulation. FSH is administered in an injectable form. Patients can undergo treatment at home or in our office if they require assistance with administering the shots.

hCG is a natural hormone that is administered 36 hours prior to egg retrieval. Known as the trigger shot, it causes the release of the eggs from the follicles and also encourages the body to release progesterone and prepare the lining of the uterus for implantation of a fertilized egg.

Leuprolide and synthetic gonadotropin inhibitors are medications that work by inhibiting the release of FSH and LH. These medications are designed to eliminate the possibility of a premature surge of LH, which could cause the eggs to be released early.

We are so thankful to have found The Center For Fertility and Gynecology. Everything about this facility is A++++++++!!! Dr. Vermesh was so caring from the beginning to the end. He provided the knowledge and support we needed, and each time we left his office we felt our case was given quality care. His staff was outstanding, professional, and always willing to take our calls and questions. We highly recommend Dr. Vermesh!!!
View On Google +

The most reliable and successful clinic!! The staff is very, very friendly and really cares about each and every patient! Dr Vermesh is a magician!! I have no words to express the amount of knowledge and experience he applies at each situation through the process of each visit. And he really becomes friends with every family and cares about every single one of them.
View On Google +

Which Method Is Right for You?

No two patients' needs are the same, and ovulation induction can be customized to meet different goals. Dr. Vermesh or Dr. Toloubeydokhti will determine which fertility medication and which dosage is most appropriate for you.

What to Expect during Treatment 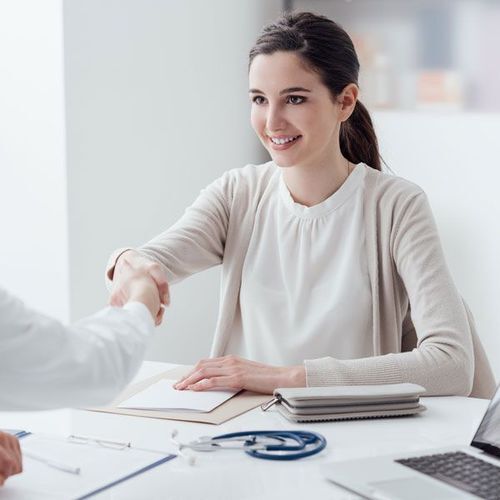 Our Los Angeles doctors will conduct a comprehensive medical evaluation and various diagnostic tests to determine why your ovulation is irregular. Based on our tests, we will determine whether medication is necessary. 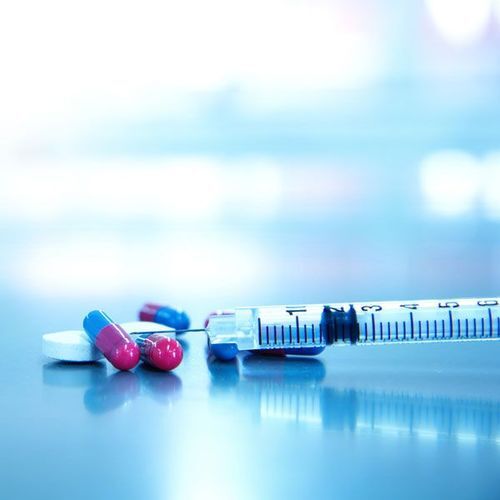 You will administer your medication orally or via injection every day for one to two weeks. Our doctors will provide specific details to ensure the success of your treatment. 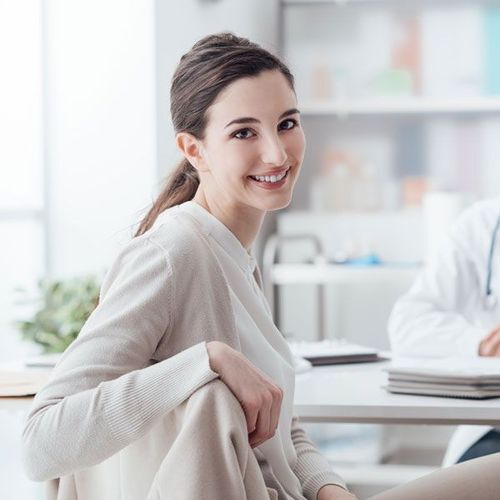 During treatment, your doctor will monitor the effect of the medication with blood tests and ultrasounds to determine the optimal time to deliver the trigger shot of hCG. Approximately 36 hours after the trigger shot, egg retrieval can begin. 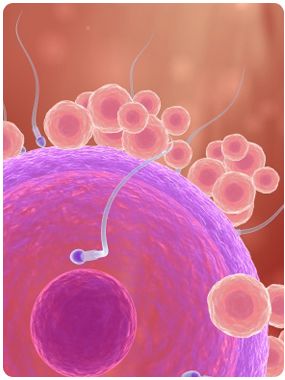 Clomiphene Citrate (clomid) induces ovulation in women who don't regularly ovulate, or causes multiple ovulation (2-3 eggs) in women who ovulate regularly but aren't conceiving. Clomid, introduced in the 1960's, was the original "fertility medication." It causes the body to release more of its "egg producing hormone" (FSH). We usually start this medication at 50 mg. (one tablet) daily on days 3-7 of your menstrual cycle (please see instructions below) and expect ovulation to occur 5-9 days after the last pill. Ovulation may be accompanied by insemination or timed intercourse, depending on your particular situation. The eggs can also be used immediately or frozen for later use.

Instructions for your calendar:

When your period begins, mark this as "day 1" on your calendar and call the office to schedule an appointment to start the cycle.

Clomid is a fertility medication. One important side effect is the possibility of multiple births. The probability of having twins while taking this medication is 7% (meaning 7 out of 100 women who get pregnant with clomid will have twins). It is rare to have more than twins (higher order multiples) with clomiphene citrate.

Gonadotropins (LH and FSH), also known as the "injectable medications," are hormones produced by the pituitary gland which are used to stimulate ovarian follicular development. During a regular menstrual cycle, one follicle is naturally selected to grow, resulting in ovulation and release of only one egg. With the use of LH and FSH, multiple follicles are stimulated to grow, resulting in ovulation and release of more than one egg. These hormones can be "urinary," meaning they are extracted from the urine of postmenopausal women, or "recombinant," meaning they are produced by bacteria that are genetically altered to produce LH and FSH specifically. These drugs can't be ingested orally and are, therefore, administered by injection, usually subcutaneously. Occasionally, intramuscular administration is necessary.

Injections usually begin on day 3 of the menstrual cycle and continue for several days until the developing follicles are approximately 16-20 millimeters in diameter. Daily dosage and the length of time needed for adequate stimulation, vary from patient to patient and cycle to cycle. Most patients will receive injections for 7-9 days.

During the stimulation with gonadotropins, patient's follicles are monitored closely with ultrasounds and estradiol levels (blood tests). Medication dosages are adjusted based upon these results as well as a myriad of factors, including but not limited to; the patient's response to treatment, age, appearance of her ovaries and medical diagnosis. When the ultrasounds and estradiol levels indicate that the follicles are ready, an injection of another hormone called HCG is given.

Gonadotropins are used in women who do not normally ovulate, or in those who do not ovulate in response to clomiphene citrate. Additionally, the may be used to produce multiple follicles for insemination or an ART procedure such as in vitro fertilization.

These medications are usually well tolerated since these hormones are identical to those produced naturally by the pituitary gland. They are excreted quickly from the body and do not leave long lasting effects on the menstrual cycle.

Two main risks associated with the use of these drugs are:

The Center for Fertility and Gynecology has been providing comprehensive fertility services since 1987. We use innovative techniques to achieve some of the highest pregnancy rates nationwide. Dr. Michael Vermesh and Dr. Tannaz Toloubeydokhti are proud to be affiliated with a range of prestigious organizations, including:

For more information about our practice, serving patients from Tarzana and Bakersfield to around the world, contact us online or call (818) 881-9800 today.

Send Us a Message