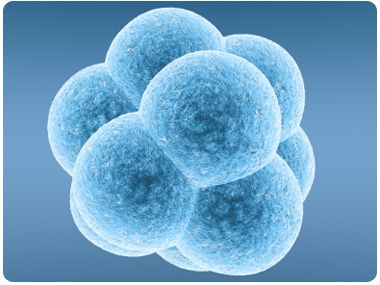 Pre-implantation genetic diagnosis PGT-M (PGD) allows genetic analysis of an early embryo, before it is transferred into the uterus. PGT-M (PGD) is similar to other invasive prenatal screening tests, such as amniocentesis and chorionic vilus sampling (CVS), except it is done prior to implantation. Therefore, the information one gains from the test can be used to determine which embryo(s) to put into the uterus.

Similar to CVS and amniocentesis, PGT-M (PGD) is able to detect three basic genetic characteristics in the embryo:

To perform PGT-M (PGD), couples must undergo IVF with or without ICSI to allow formation of early embryos in the laboratory. When embryos are three days old (typically containing 7-8 cells), PGT-M (PGD) is performed by inserting a tiny needle into each embryo and removing 1 or 2 cells (called blastomeres). Various techniques of gene amplification and chromosomal analysis are next applied in order to analyze removed blastomeres for their genetic make-up. Normal embryos are then transferred into the uterus within 24 hours of the procedure. Numerous animal and human studies have documented the safety of PGT-M (PGD) and its benefits in assuring that a healthy embryo is chosen for transfer.

Who are candidates for PGT-M (PGD)?

CFG is proud to offer all PGT-M (PGD) services in our state of the art laboratory.