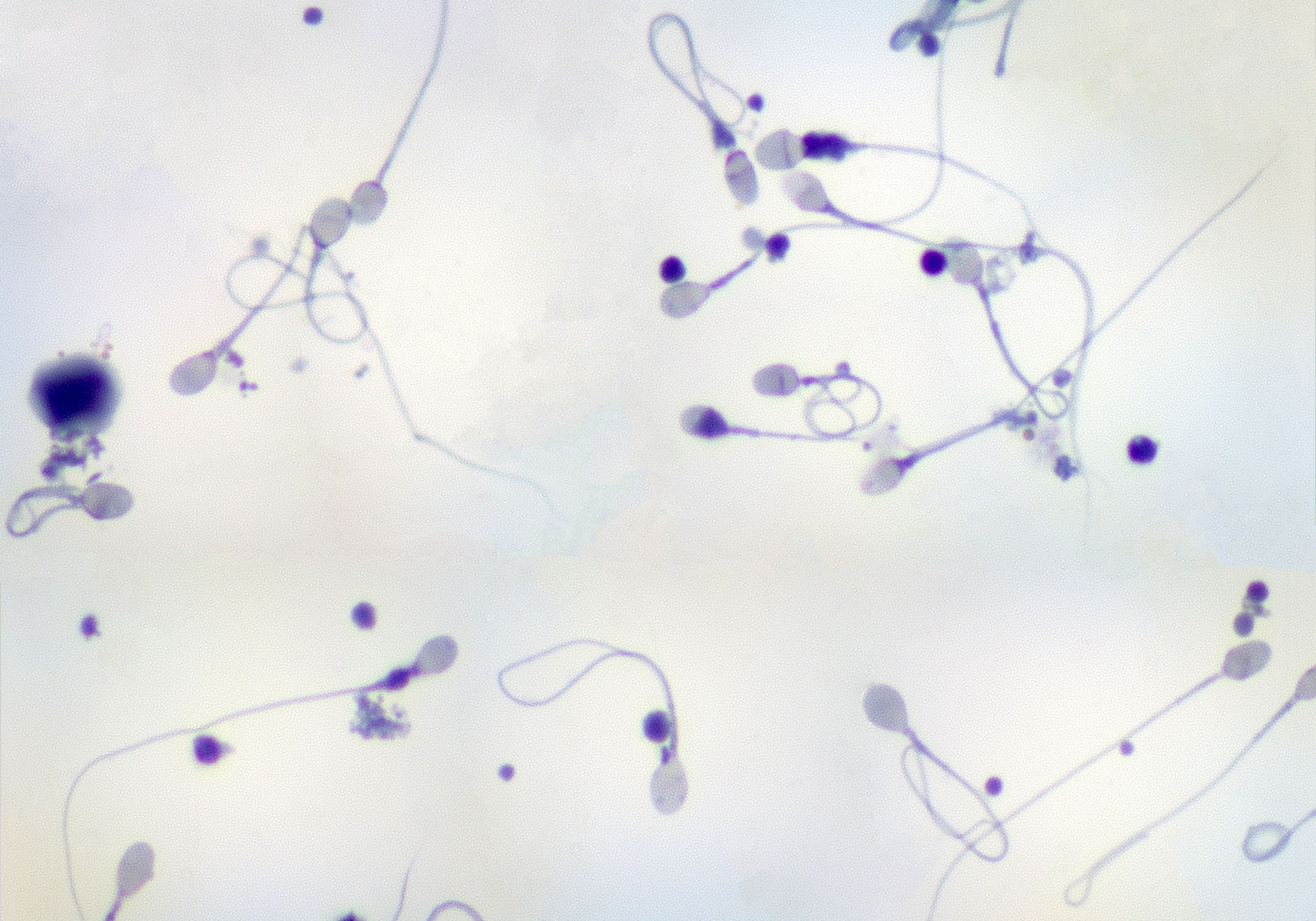 Previously, the only option for measuring male infertility was through a semen analysis, which only looks at three factors: sperm count, motility, and morphology. While these factors can determine a man’s level of infertility, it generally does not diagnose the cause of infertility. Additionally, men with high sperm counts and good motility and morphology could still suffer from infertility.

At The Center for Fertility and Gynecology in Los Angeles, CA, we have adopted the sperm chromatin structure assay test (SCSA), which we perform in conjunction with a standard sperm analysis. This can give us a better picture of a man’s infertility and the most effective treatment options.

What Does a Sperm Chromatin Structure Assay Test Measure?

How Is the Test Performed?

After collecting semen samples, we freeze them and ship them to a lab. After being thawed, the sperm are colored with a fluorescent dye. A laser beam is then directed at the sperm, and the dye causes them to emit a certain color. The lab technicians are looking for two colors: green and red. Sperm that give off a green light have low levels of DNA fragmentation while those that give off a red light have high degrees of fragmentation.

What Are the Benefits of Performing SCSA with a Semen Analysis?

With the SCSA test, we can test thousands of sperm in mere seconds. Studies have shown that men with 30 percent or greater DNA fragmentation will struggle to carry a pregnancy to term, even with in vitro fertilization (IVF) and intracytoplasmic sperm injection (ICSI) treatments. Men with 15 percent or less sperm with fragmented DNA have the highest fertility rates.

When performed in conjunction with a standard semen analysis, couples can get a better picture of their level of infertility. Based on this information, our doctors can better recommend treatments that are more likely to work. Additionally, an SCSA can also help in the diagnosis of a varicocele. With surgical treatment, a majority of men with varicoceles are able to later conceive.

If you have been told you have “unexplained” infertility, contact The Center for Fertility and Gynecology to discuss the SCSA test in detail with a specialist.