Oocyte cryopreservation also known as “egg freezing” is a technology in which a women’s eggs (oocytes) are frozen and stored for years. When the woman is ready to conceive, the eggs are thawed, fertilized with a partner or donor sperm and the resulting embryos are transferred into the uterus. Egg freezing was originally developed as a fertility preservation technique for women undergoing chemo or radiation therapy.  Dr. Christopher Chen of Australia was the first to report, in 1986, a pregnancy that originated from a previously frozen oocyte. Since its original development, hundreds of babies have been born with the use of frozen eggs and it now available to women in the Los Angeles area. 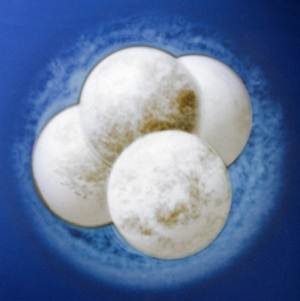 Who can benefit from egg freezing?

The main indications for egg freezing are:

What is the ideal age for egg freezing?

Although there is no cut off age for egg freezing, the younger the woman, the better.  Eggs can be extracted and stored during a woman's reproductive life.  Younger women produce on average a higher number of eggs as well as better quality eggs. Eggs  that are frozen from younger women are more likely to result in a pregnancy.

How many eggs do I need to freeze in order to achieve a pregnancy in the future?

How is the process of egg freezing performed?

The egg freezing process is similar to an In vitro fertilization cycle. Women are given medications to stimulate the growth of eggs in the ovaries. Once the eggs are “mature” a medication is given to induce the release of the eggs and two days later the eggs are retrieved under anesthesia. The freezing of the eggs is performed with a technique called “vitrification”  which is a “fast freezing technique" as opposed to the “slow freezing technique” that was used in the past. The vitrification technique decreases the potential damage that can be caused to the egg by the freezing process.  The egg freezing treatment can take anywhere from 2-3 weeks. For women  who are  35 or younger, one cycle of egg freezing can be sufficient.  After age 35, the number of  cycles needed in order to obtain a sufficient number of eggs could be higher.

For how long can eggs be kept frozen?

Eggs can be kept frozen for 10-15 years or even longer. 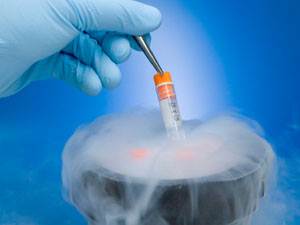 Does the freezing process affect the quality of eggs or increase the risk that the baby will be genetically abnormal?

The majority of eggs survive the freezing and thawing process well. There are no studies that have found any increased risk of genetic malformation or diseases in offspring originated from egg freezing.

How can I use frozen eggs in the future?

Once a woman is ready for pregnancy and would like to use the frozen eggs, the  eggs are thawed and fertilized with the partner or a donor sperm. The resulting embryos are then transferred into the uterus with a procedure that is similar to a Pap smear and requires no anesthesia. The number of embryos that are transferred will depend on the quality of the embryos, as well as the age at which the eggs were frozen.

The Center for Fertility & Gynecology is happy to answer any questions from women living in the Los Angeles area, across the United States and across the globe, relating to egg freezing or fertility treatment in general, and can be easily reached by calling 818-881-9800.